Puck control and stick-handling skills give hockey players the ability to have more fun playing hockey and better contribute to the success of their team. Over 80% of the game is played in the offensive or defensives zones, so players need to be able to handle the puck in small areas.

Puck control practice needs to be done in progression 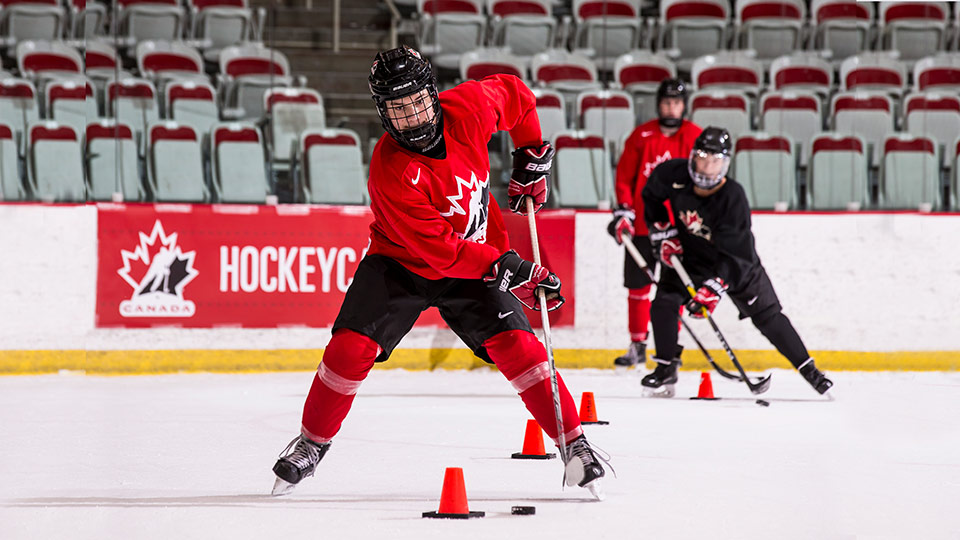 Work on puck-control basics every practice. Use drills to teach and reinforce through repetition. Mimic game action as realistically as possible, progressing from skating to skating with a puck and finally, puck control moves to beat an opponent.